This radical, eye-and earblasting performance was realised in collaboration with Art Clay (Composition) and Anne Faulborn (Cembalo). Art Clay’s composition “A River and Five Bridges” is an electronic adaptation of André Bretons “Barrières” and asserts the affinity of rational and irrational. 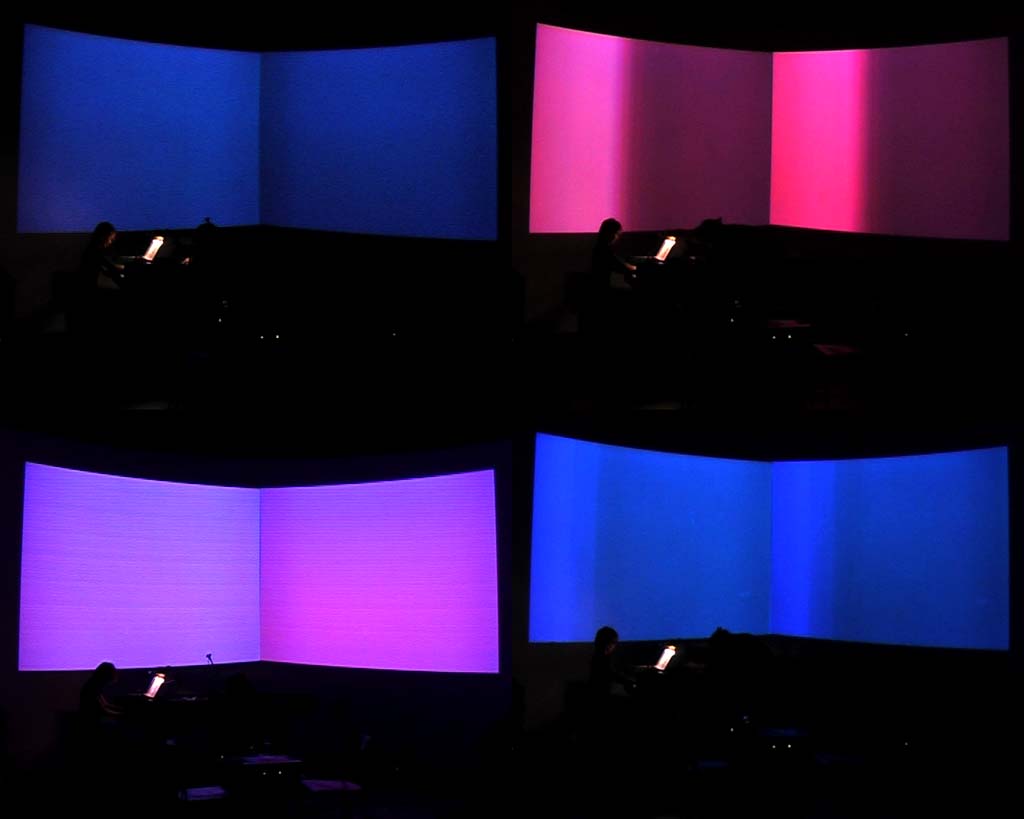 The visual composition’s interpretation, realised by Corebounce, absorbs the assertion by implementing a modulated flickering screen. The modulation function is both defined by real-time music analysis and live visual performance. The flicker colors were obtained by two cutouts from Paul Klee’s “The Twittering Machine”, one in blue tones and one in red tones.